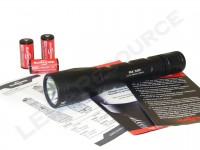 SureFire’s Fury family welcomes yet another a new member – the dual-output P3X Fury, which is a three-cell light with a maximum output of 1,000 lumens. The P3X Fury balances an incredible amount of output with extended runtime and provides nearly two hours of regulated ultra-high output when used with three primary 123A lithium cells. Compared to two-cell 123A lights, the three-cell design of the P3X offers a solution for users that demand both higher output and longer runtime.

MSRP for the P3X Fury is $250 and the light is only available in black. 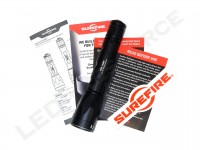 The P3X is powered by three lithium 123A batteries and fully compatible with 3.2V rechargeable lithium-phosphate batteries, such as the K2 Energy LFP123A that SureFire offers as an alternative to expensive primary batteries. 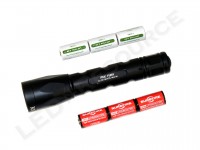 The P3X has a length of 6.8”, which is close to the length of a typical 2AA flashlight. The aluminum body is type-III anodized for protection against scratches and corrosion. 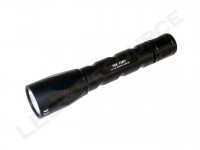 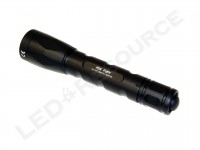 Head
The head features an anti-reflective coated glass window and a textured reflector. Flat areas on the head stop the light from rolling away when set on a flat surface, and the P3X has a dual-spring design for increased reliability. 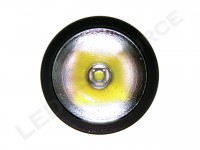 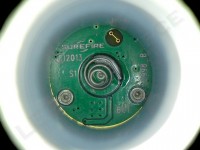 Body
Instead of knurling, the P3X has finger notches spaced out on the body. 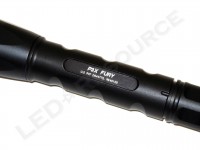 Tail Cap
On the tail cap is a forward click switch, which is covered with textured rubber. 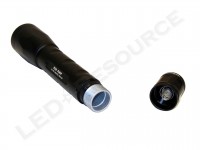 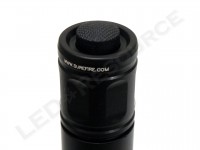 Using a Cree XM-L LED, the P3X has a maximum output of 1,000 lumens and 22,000 candela. Beam pattern is clean with a large hotspot, and identical to that of the P2X. 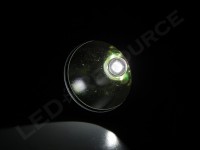 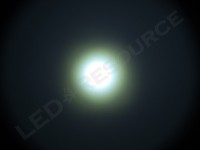 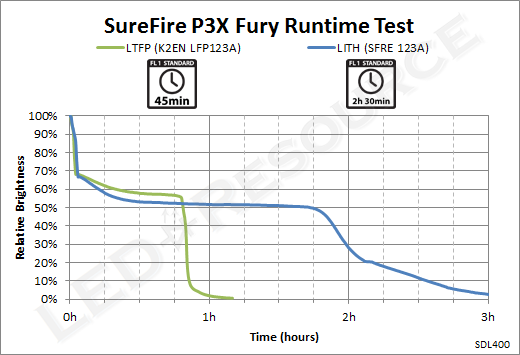 During the first three minutes of operation, the P3X uses step-down regulation to reduce output to 70% and settles at 50% after 30 minutes. Output is regulated at 500 lumens for 1h 45min, crossing the 10% mark at 2h 30min. Compared to the P2X Fury, the P3X has an extra hour of output at 500 lumens.

There almost certainly will be discussion about the “50% step-down” during the P3X’s runtime, so before we conclude, we would like to reiterate that the output reduction is not as perceivable as implied by the numbers. Beyond ultra-high output (typically 500+ lumens) is approaches a region of diminished returns due to the non-linear perception of brightness. It’s hard for us to tell the difference between extremely bright and exceedingly bright in typical usage scenarios, and we suspect that you also won’t be able to either. 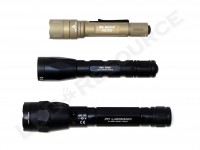 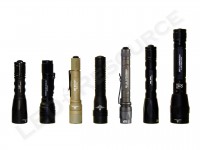 The SureFire P3X is a higher output version of existing two-cell Fury models, but using an extra cell makes a significant difference in doubling the regulated runtime compared to the P2X Fury. The odd number of cells could make the P3X impractical to use with rechargeable lithium-phosphate LFP123A’s (having two chargers would make this easier), although runtime is still acceptable with this economical alternative. When size is not of utmost concern, the larger P3X is an ideal choice for the discerning user looking for practical performance.