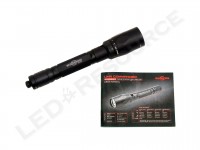 MSRP for the UNR Commander is $595, and the light is only available in black. 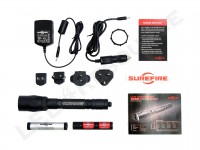 Powered by a proprietary lithium-ion battery pack, the UNR Commander is “Dual Fuel” capable and can also use a battery cartridge with 2 x 123A lithium primaries (rechargeable lithium-phosphate batteries are not supported). 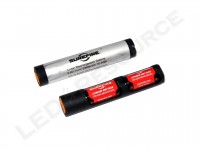 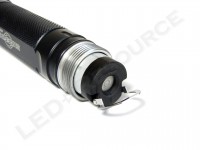 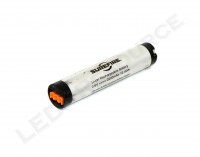 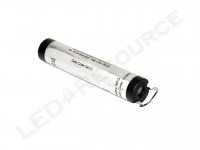 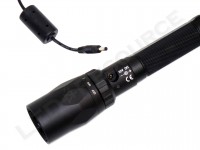 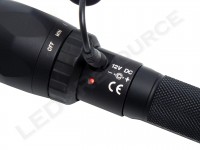 With a length of 9.4” long, the UNR is just a bit larger than the average mid-sized rechargeable light. The aluminum body is type-III anodized for maximum protection against scratches and corrosion. 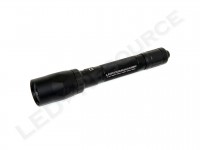 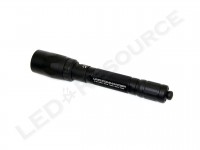 Head
Behind the non-crenelated bezel is an anti-reflective coated glass window that protects the Total Internal Reflection (TIR) optic. Flat areas on the head stop the light from rolling away on a smooth surface. 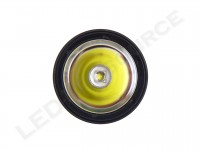 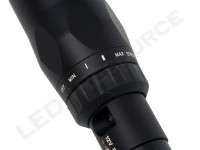 Modes are activated depending on the position of the selector ring, which has detents for each mode and a raised notch to indicate the current selection. 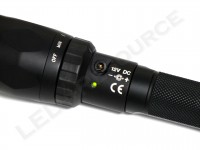 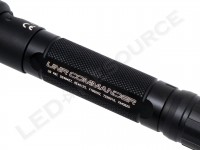 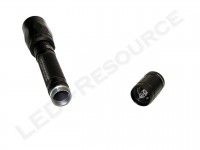 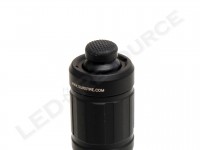 Four output levels, plus strobe and off, can be activated using the selector ring.

Off
Deactivates the light and prevents accidental activation. 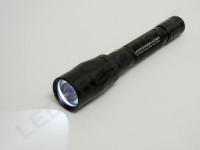 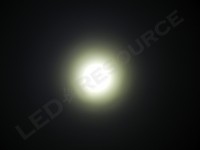 Overall performance of the UNR is fairly similar to the R1 Lawman, with the biggest difference being the TIR optic, which creates a bright, well-defined, hotspot with plenty of spill. 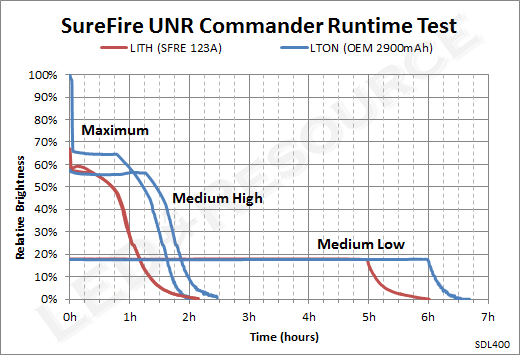 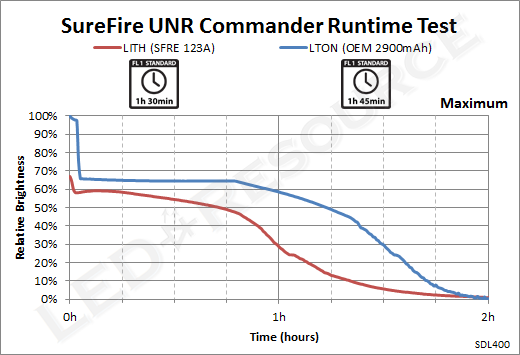 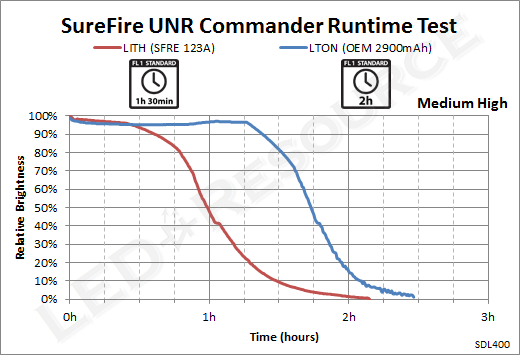 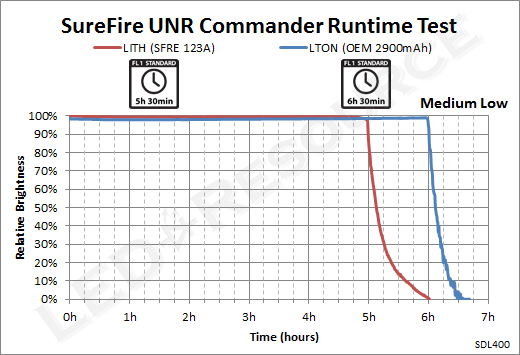 When using the rechargeable battery, the UNR reduces output to 500 lumens after a 2-minute burst of 800 lumens. Due to non-linear brightness perception, this reduction during actual use is not as noticeable as the numbers seem to imply.

Included with the UNR is a rubber anti-roll ring, which gives the light more stopping power when set down on a smooth surface. 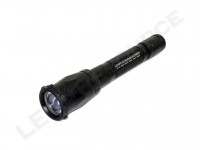 Carrying the UNR bezel up in an open-bottom holster makes the light prone to accidental activation, which happened to us several times during our testing period because the UNR’s tail switch protrudes by more than a quarter inch. Not only can it catch on objects (such as seat cushions) and activate the light in constant-on, but it also makes the switch more susceptible to damage.If you are planning on using the UNR as a duty light, finding a suitable holster can be a challenge. The new 4-Function Tailcap Switch intuitive and easy to use, but it’s just as easy to activate accidentally. 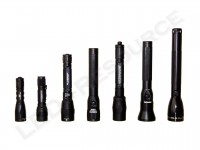 Four output levels ranging from 30 lumens to 800 lumens makes the UNR versatile, and changing modes is as simple as twisting the selector ring. Unlike many lights that use reflectors, such as the SureFire R1 Lawman, the UNR Commander’s TIR optic produces a unique beam pattern with a balanced combination of flood and throw. However, the SureFire UNR Commander is no ordinary flashlight – this is one that has a MSRP of $595. While there are many good things about the SureFire UNR Commander, affordability is definitely not one of its strong points.