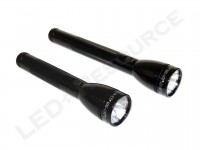 More than just an LED version of the incandescent C-cell, the Maglite ML100 general purpose flashlight is the latest addition to the Maglite product line. Many features of the ML100 are shared with the higher performance ML125 rechargeable model, such as a more compact design, improved optics, and a choice of four user-selectable function sets. After multiple delays due to an upgraded LED and a revised user interface, we have finally received production models of the ML100 for evaluation. 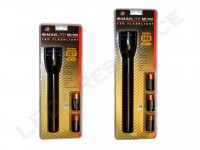 The ML100 operates on C-cell batteries, which makes the light less bulky and easier to grip than wider D-cell lights. However, the C-cell form factor is not very popular, so alternatives such as battery adapters for AA’s are available (which we used for our NiMH runtime test). Using these adapters not only creates commonality with AA batteries, but also further reduces weight. 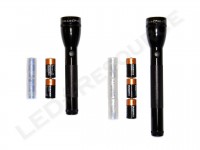 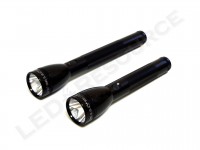 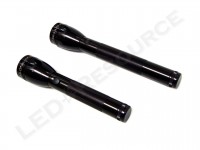 Head
The head features a plastic window and a shallow smooth reflector. Unlike previous models, focusing is continuous action, so the head cannot be removed. 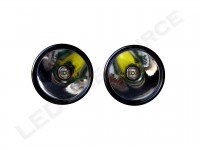 Body
Knurling along the flashlight body gives the ML100 better grip, and the light is type-II anodized aluminum inside and out. 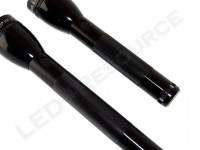 The head mounted switch is an electronic switch similar to that of the XL-series lights.

Tail Cap
A band of knurling is found on the tail cap, and that’s about it for the exterior. 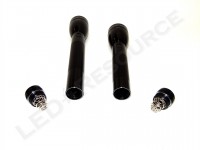 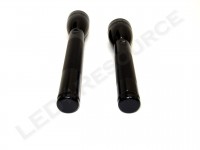 Threads are anodized, allowing lock-out with a quarter turn of the tailcap.

Momentary
If momentary is enabled, the switch must be pressed twice for Full Power. While this is not true momentary operation since Full Power cannot be activated from momentary, it’s a clever workaround of the electronic switch.

One of the upgrades that the ML100 received during its redesign was the more efficient Cree XP-E LED, increasing light output to 137 lumens. Since the XP-E LED has a smaller chip size than the XP-G used in the ML125, the ML100 has a more intense beam that will travel a longer distance. 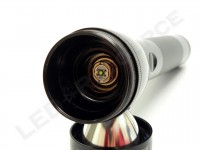 The redesigned focusing assembly of the ML-series allows fine-tuning of the ML100’s beam pattern, if desired. Lights are aligned at the factory and both of our ML100’s had well-focused beams, so we didn’t find this necessary. Although focusing is smoother, there are still some rings and holes when the ML100 is unfocused. 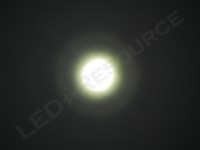 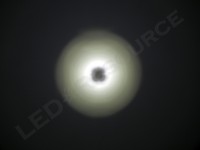 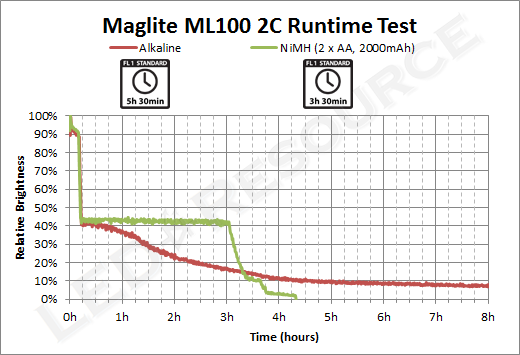 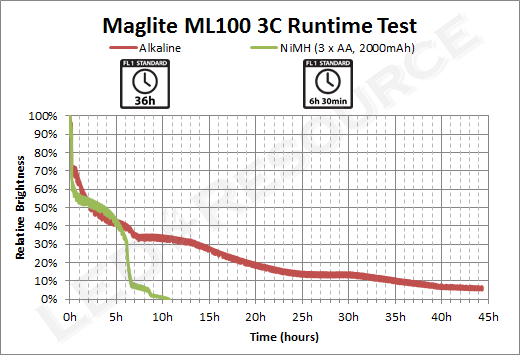 Power-save regulation is also used on the ML100, which reduces output to approximately 50% after 12 minutes of runtime. 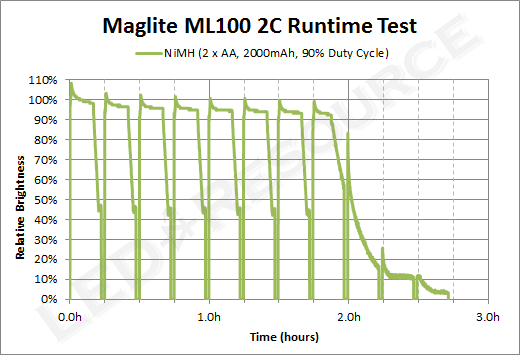 If the ML100 is operated with a 90% duty cycle (13.5 minutes on, 1.5 minutes off), maximum output is maintained for a shorter amount of time and the runtime graph resembles that of a flashlight without an automatic energy-saving step down.

Maglite C-cell mounting brackets and belt rings are compatible with the ML100, but since many mid-sized rechargeable flashlights have similar body diameters, open-bottom holsters (such as the Pelican 7078 below) designed for those lights can also be used. 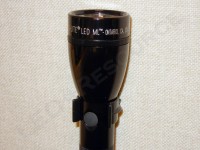 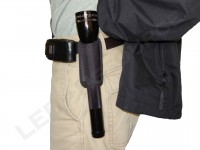 Not only is the ML100 an improved LED flashlight, but also a major step in the right direction for Maglite. Previous generations of Maglite’s MAG-LED technology, including the original LED drop-in replacements and even the current LED D-cell lights, had problems with heat dissipation and irregular beam patterns because they were originally designed for incandescent bulbs. However, neither is a concern anymore with the new ML-series, and the Maglite ML100 offers a lot of features and performance for the $50 price point. 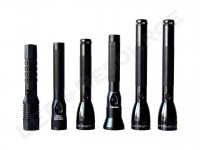